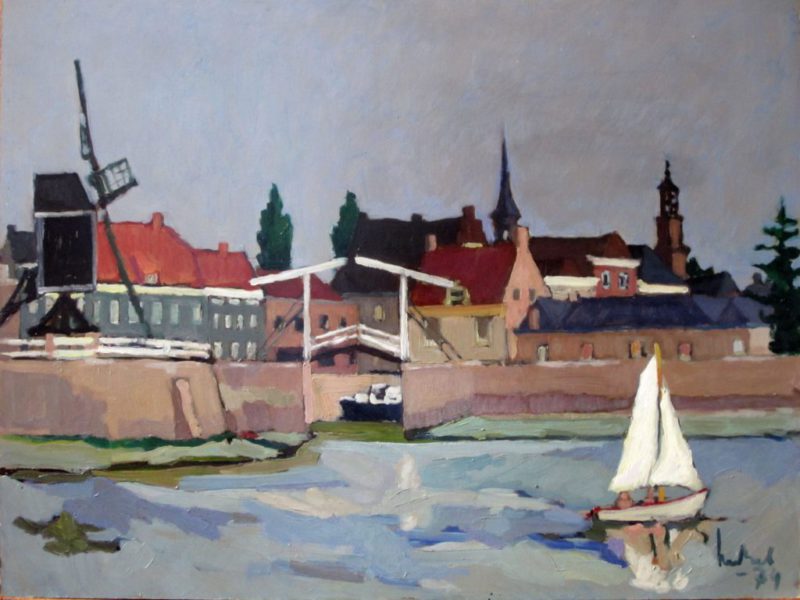 This year “Het Blaauw Laaken Kunstkabinet” organizes an exhibition to celebrate, what would have been, the 100th birthday of painter Kees Bol (1916-2009). On show is a selection of landscapes, still lifes and portraits that speak for themselves, showing that he was a unique artist. Averse to all modes Kees Bol remained faithful to his painting in which expression, color and imagination were central.

In addition, from September 25th to December 31st  the “Gouverneurshuis” will exhibit work of the artist Kees Bol. For more information see: www.gouverneurshuis.nl

Kees Bol, born in Oegstgeest, settled in the 1940s as an artist in Brabant. He taught at the Royal Academy of Art in The Hague and at the former Academy of Industrial Design in Eindhoven. From the late 1960s Kees Bol spent several months a year in the southern French town of Rouveret. Around 1970 he moved to his fortified city of Heusden. There he lived and worked until his death. Kees Bol exhibited in many museums including the Van Abbemuseum in Eindhoven, the Stedelijk Museum in Amsterdam and the Noordbrabants Museum in ‘s-Hertogenbosch.